The 32-year-old Englishman arrived in Portugal needing a top-three finish to secure his card for next season, but started the final day in the Algarve in fourth place. He put the pressure on 54-hole leader Brandon Stone after the turn with a birdie on 11 and a spectacular eagle on 12, hitting his second shot from 269 yards out to just four feet. They were tied with just five holes to play after Stone bogeyed 13, with Brown moving ahead after the South African dropped another shot at 16. 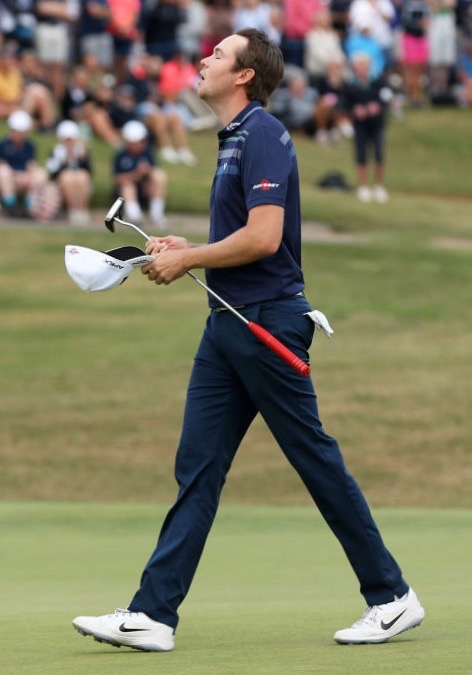 Job done: Steven Brown reacts to the knowledge that he had secured his tour card, just moments before he was confirmed the winner of the 2019 Portugal Masters

Brown held his nerve with pars on each of his final six holes to secure his first European Tour title, his card for 2020, and his spot in the Turkish Airlines Open in a fortnight’s time, the first of three consecutive Rolex Series events at the end of the 2019 season.

Stone shared second place with his compatriot Justin Walters – who also needed a strong week to secure his playing rights for next year, which he did after moving up to 79 from 121 in the rankings.

Brown, whose final round 66 was his best round of the year by two shots, said: “It’s hard to put into words. You never know with this game. It’s crazy to think how well I’ve played this month, and how bad the first two thirds of the year were. I never thought this would happen – I was counting down to Tour School and getting ready for that.”

He added: “That shot I hit into 12 was probably the best shot I’ve ever hit. It couldn’t have come off more perfectly. I saw the leaderboard at 13 and saw Justin was playing well and Brandon was still ahead of me. I kept telling myself to keep going – we had holes to play. It seems like everyone fell away at the end. It went my way because I just parred in.

“I’ve just had a calmness in my head the last few weeks – even today. I like the fact I had to go for it, and wasn’t trying for a good result. I had to seize the chance to win the tournament. That’s the difference. Before I’ve thought ‘I’m up there and had a good week, that’s great’, but this week it was do or die. I can’t believe it.”

Walters was sanguine in defeat and delighted to keep his card for another year. “I left it all out there. It’s a pity about the last, but it’s a hard hole. If you’d have given me second spot at the beginning of the week, I’d have run away with it, so I’ll hold my head up high.” 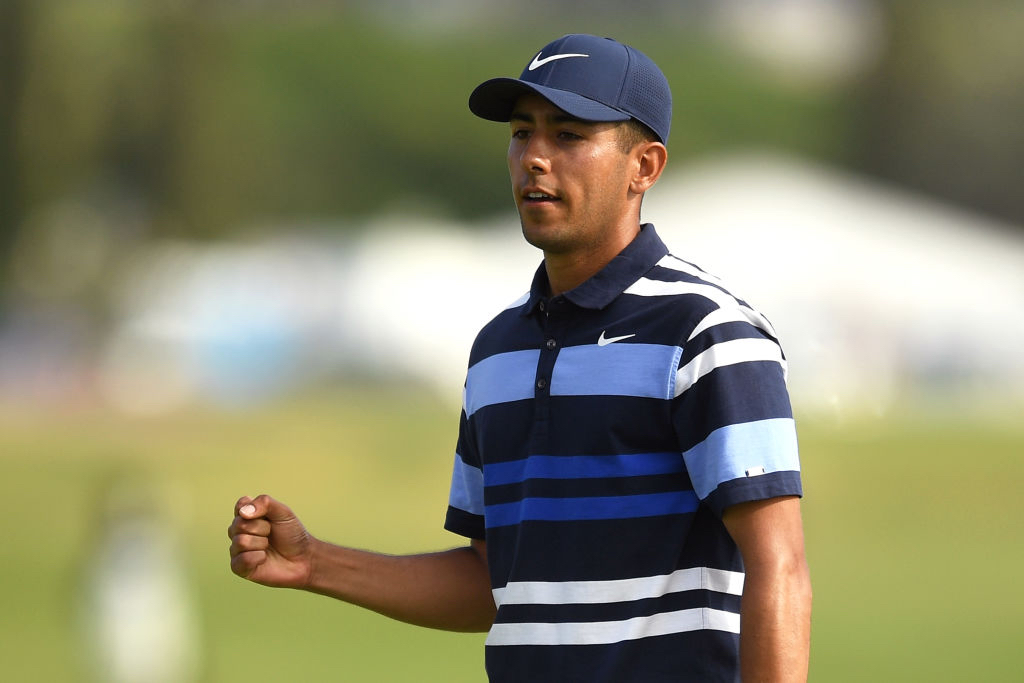 Similarly to Walters, Hampshire’s Jack Singh Brar needed a big week to secure his card for 2020, and he responded magnificently, with a final round of 66 moving him move to 109th and a share of eighth place.  “I’m over the moon,” he said. “I got off to a great start today – three under through nine – and I just tried to keep pushing. It’s hard when you know how much is on the line, but I’m just so glad to have done it. I knew I had to shoot a good number because there were so many people chasing me down. Trying to control my emotions, even coming down 18, I could barely hold the club. I struggled to get comfortable all year – hence my results. Now I feel like I can push on.”

As ever, someone always has to miss out on the top 115 by one place, and this year that unfortunate position fell to Chile’s Hugo Leon, who thought he’d done enough when finishing on 10 under par earlier in the day. However, Brown’s back nine heroics saw Leon relegated to 116th place in the rankings, having started the week in 120th, and he, like all those below him in the money list, will have to head to Spain next month for the European Tour’s qualifying school.